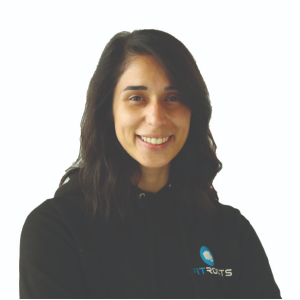 With endless energy reserves and short attention spans, your toddler will need constant engagement from you.

Continue reading 2 year old Martial Artist – Zen’s Story to find out how his David has started his journey to mastery.

It’s important to find a way to channel your child’s energy in a positive way early on, as they can be so easily distracted. The sooner you help channel their focus you are helping them develop core skills they will need as they grow older.

Find out why David, our youngest student’s dad got his son into Martial Arts at only 2 years old! 👇👇👇

Starting anything new can be hard! We understand, and that’s why we take note of all the reasons why our toddlers parents join Martial Arts before they reach three years old.

That’s not because we don’t believe that the earlier the better, it’s because so many question what a toddler can even do in Martial Arts.

“We’ve noticed quite a bit of change in him, especially in the class. He’s able to follow on, follow the class, follow with the rest of the group. He’s able to concentrate a lot better, and I think it’s carried through to home as well. Like I said, when he started, focus and concentration were real issues for him, and I think as he’s getting older and with FitRoots, he’s really improving at that.” – David

Here are just a few of the benefits David noticed in Zen just after three months of training.

Have you ever watched the Karate Kid?

Imagine if he started at just 2 years old!

Mindfulness For Toddlers In Martial Arts

Just as we tell every student or parent, when Martial Arts is taught correctly it is not just about kicking and punching. The mental developments that come with Martial Arts training are just as important as the physical ones.

There are many great skills that come with physical Martial Arts training. But if not paired up with the mental aspects a student will struggle to achieve their full potential.

Simply put, it is much easier to create a Grading Syllabus where children only learn how to throw punches and kicks.

When we start teaching them the mental aspects we must think more deeply about the assessment. This takes time and energy which many instructors struggle to incorporate into their programme.

Zen was able to take part in his first grading six months after joining Martial Arts.

At first his mum was unsure about whether he would be able to focus and complete his tasks. But being assessed at his own level and his age specific criteria he shone. In fact it was the best he had ever focused and having an audience may have had something to do with that.

Grading itself, was a great opportunity for Zen to show and develop his confidence by speaking and performing in front of his fellow students and their families.

The small yellow band that has been stitched onto his White Belt is not only proof of his hard work, but teaches him the importance of hard work and discipline too.

At FitRoots we believe we would be doing our students a disservice if we did not include the mental aspects of Martial Arts within our Grading Syllabus.

Therefore it is split into three clear sections; Mental, Physical and Purpose.

All students learn about these three areas, including our toddlers in the Mini Monkey programme.

Zen was actually one of the first students to recite the three philosophers from the Grading Syllabus; Aristotle, Plato and Socrates.

When Is The Best Age To Start Martial Arts? – Zen’s Experience

From a very young age, even before he started just after his second birthday, Zen was fascinated with Martial Arts.

He loved jumping around throwing kicks and punches and was already talking about getting his own Black Belt.

Just like so many expecting parents, Zen’s parents discussed which activities they wanted to get Zen involved in and Martial Arts was always on the cards.

Zen’s dad, David understood the benefits of training in Martial Arts from an early age as he had tried many styles growing up himself.

They knew they were going to get him started early. The only problem they found was that they couldn’t find anywhere that would take children as young as Zen.

People are always so shocked when they find out our classes start for children from 2 years old.

I know, it sounds a bit mad 😆, but there is a reason why we start so young.

Zen has now been training for over a year and we have see so much enthusiasm and development.

How To Test Toddler Development in Martial Arts

To us, a toddler’s development in Martial Arts is not based upon their physical techniques. It is based on their willingness to participate in class, developments at home and/or nursery as well as their physical capabilities.

When Zen started he would run around and get distracted very easily. That’s not to say it never happens now, but it happens less.

His passion gives him something to share when he meets new people. As David says, “One of the first things that Zen tells people when he meets them is, Hi, my name’s Zen. I do Martial Arts.”

Giving Zen the tools to build to person he will grow up to be and instil in him lifelong!

Find out all the benefits of teaching toddlers Martial Arts here.

When To Get Your Toddler Started – David’s Advice

“I just think the earlier you start the better. I mean, if you’re doing something before the age that you can even remember, it’s almost like it’s part of you. You don’t even see it as an activity that you’re doing, it’s just something that you do naturally. So we wanted to get him started as early as possible.”

“Zen was so young when he started, I was a bit worried whether he’d understand what was going on and whether he’d be able to remember and take everything in.

The first few classes, he was a little bit lost. He was a bit all over the place, but as he did it more and more, you start to see that he’s learning to focus, learning to follow the rules and join in.

I think it took us by surprise when he came to the first class, it was almost he wasn’t learning punching or kicking, he was almost learning to be part of a group and follow what the group is doing.

It was even good for his language skills, just mixing with other people and having to hear instructions and understand how to follow them. At first I’d watch him, and he’d be looking at people to try and figure out what they’re doing. Now, you tell him and he knows.

I would say to parents that are on the fence, just give your child a go. Bring them down, see if they like it. You’d be surprised.”

It’s not always easy choosing what activities to get your child involved in. Even harder, which clubs are worth your time and money.

To give you a head start we have compiled a list of local activities to help you and your child get started here ==> Activities For Toddlers In Slough .

The best time to start was yesterday, the next best time is now!

Find the best activities for your toddler

At this young age it is important to find an activity that you believe is good for your child’s development.

And when they say they don’t want to go anymore, which they will, you can’t let them quit because you know they will build valuable skills there.

Are You Ready To Guide Your Own 2 Year Old Martial Artist?

If you are a parent, or know a child who would benefit from learning Martial Arts, get in touch!

Why Parents Should Learn Martial Arts With Their Children

What Is KickBoxing? A Brief History & Overview Of The Art